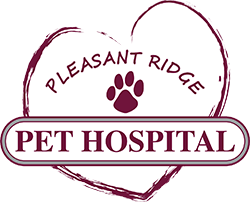 We will do our best to accommodate your busy schedule. Schedule an appointment today!

Please complete this form to request an appointment. Please note that you do not have an appointment until you receive confirmation from us. Thank you!

Rescue work is an important part of our business.  We are dedicated to helping local rescue organizations and the injured stray animals that occasionally cross our path. The Scratching Post, Neighborhood Cat Helpers, SCOOP, Better Rescue and OAR are the wonderful cat rescues we work with regularly.  Our doctors and staff take pride in being able to help these patients and in assisting the groups who work so hard to save animals in need. 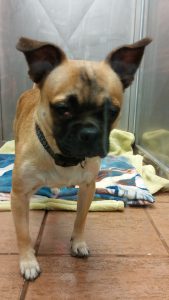 We found Bruiser one morning, tied to a pipe outside our building, with nothing but a post-it note. He had been abandoned there by his owners. The post-it said they could no longer care for him, so we took him in. We neutered him and performed surgery for his cherry eyes, then once he was healthy Bruiser was adopted by one of our staff members who had fallen in love with him! 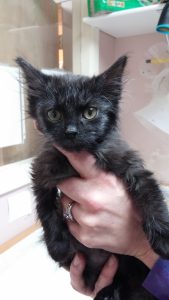 When a litter of four kittens was dumped in a box on a client’s front porch, the concerned client brought the kittens to see Dr. Jaax. She discovered they had terrible flea anemia and upper respiratory infections. Dr. Jaax took the kittens home on nights and weekends and nursed them back to health. All but one kitten found homes through the Scratching Post rescue…  The runt of the litter got to stay at Dr. Jaax’s house! 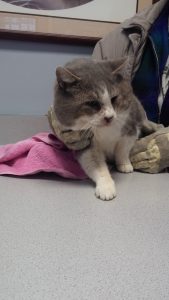 Holy CHEEKS! Unneutered male cats have what’s called “Tomcat jowls”, which looks like really puffy cheeks! Their testosterone causes excess tissue growth on the sides of their face. This kitty is part of an outdoor colony, being cared for by Neighborhood Cat Helpers. This rescue finally caught Cheeks to have him neutered by Dr. Chase 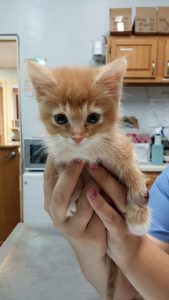 LOG is our 5 week old patient from the Scratching Post. He came in with a hurt paw from which we are unsure of its origin. The doctors quickly made sure that the leg was not broken, and realized that it was just a small abscess that would quickly heal over time! We were so glad to meet this guy and know that he will have no problem finding a home!